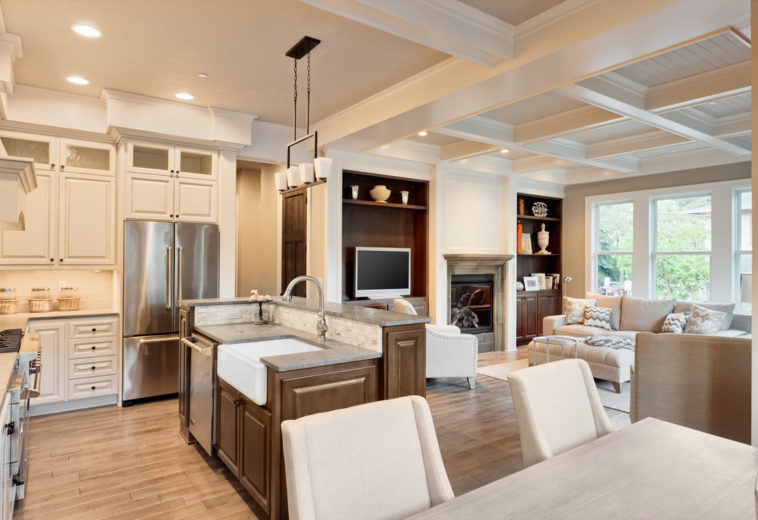 With so many beautiful, older homes in Illinois, it’s possible to have incredible stories like this one while you’re renovating a previously owned house. While you usually only hear the nightmares that people endure while restoring old homes, it’s nice to have a homeowner who really appreciated the hidden treasures she found everywhere.

Do you have any renovation stories? Are you planning on restoring an older home?

Call Gold Standard Restoration to begin your remodeling or roofing project in Barrington.

Taken from the article:
“The house was old (built more than 100 years ago, we’d learn later), but it did have everything: a claw-foot tub, a kitchen with dark wood cabinets and an island, a tiny office—hemmed in by French doors—where I could write. The owner turned landlord had been a photographer and amateur woodworker, and he’d added plenty of quirks: built-in cubbies and bookshelves, a pair of closets with carved elephant-head door handles, even a spa-like shower made of ipe wood. And my husband and I did love it. We signed the lease on the spot.
…

But by then it was clear that the house was not quite perfect for us. Many of those quirks that we’d once adored had gradually turned into annoyances. The kitchen by this time was 25 years old, and the grout in the tiled counter left sand when I wiped it. Decades of use had worn a dip in the floor of the claw-foot tub, so it never drained properly. My office had been carved out of a larger room and had no heat. And that shower—though our friends found it memorable—was dark and cave-like, and I could never scrub the mildew stains out of the wood.

Plus, as we were now learning, the house had not been built for children. It was full of open shelving, which our toddler gleefully stripped bare. The stairways were open, steep, and impossible to add safety gates to. And the cast-iron radiators were scalding to touch yet still left the rooms chilly.

It was time for a change, and as soon as our downstairs neighbors had moved out and we’d saved up some money, we decided to renovate the house and convert it into a single-family. We would tear it down to the studs and start afresh, we agreed. We’d clear out all the old, leftover stuff and make it exactly what we wanted: a perfectly clean slate for our family.

The first thing the workers found was the typewriter. “It was hidden way back in the attic,” they told me. “Do you want to keep it?”

It was an old Sears plug-in from the ‘70s, beige. THE COMMUNICATOR, read the label on the front. A thick layer of dust coated the case. It must have been up there for ages, I thought, peeking into its heart. Decades’ worth of letters overlapped on the ribbon inside, gray against the black, so many that I couldn’t make out a single word. What had this machine typed, I wondered: business agreements, love notes, a will? Who had used it, and who had left it in the attic for us to find?”